A while ago I decided “I spend so much time thinking about the perfect RPG system and never designing it. I should just buy a modern RPG and try to run it straight”.

This worked for a friend who is running a Dark Heresy campaign. So with a bit of help from the Cubicle 7 winter sale I invested in copies of Wild Talents and Monsters and Other Childish Things, plus a couple of supplements. Both use the One Roll Engine (ORE).

The Cult of ORE is like the Cult of Mac, you either dig the ORE way or you don’t. Or maybe that’s anchovies. Anyway, ORE is Greg Stolze‘s thing, he of Spherewalker.

One Roll To Rule Them All

The One Roll Engine’s schtick is… wait for it… a one-roll game mechanic. Woo, great, just like Fighting Fantasy. A description of the mechanics is here.

My initial reaction was “wow, this could be Storyteller done right.” Keep the fistfuls of dice and the stat+skill feel of Storyteller that players seem to like, but instead of hunting and pecking for successes, just look for matches. Height and Width both mean something, too. Everything boils down to one roll. Combats are really quick, you just roll and interpret everyone’s results, bang, you’re done.

However… then we played it.

Monsters and Other Childish Things 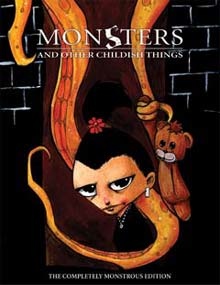 My only campaign right now, if you can call two sessions near three months apart a campaign, is Dreadful Secrets of Candlewick Manor. This is a campaign setting for MaoCT, and has been almost universally applauded (and it deserves it). Some say that Candlewick completes MaoCT, and without it the core book is a little difficult to grasp – how do you structure a game around a party of kids with giant monster companions? But other than say both products are pretty damn awesome I’m not going to talk about the books, but focus on the system. 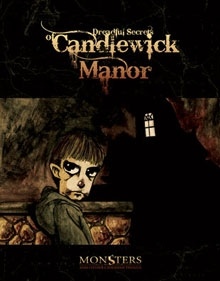 One of the ORE things is that each RPG is slightly different in implementation. ORE is designed to be hacked, house ruled and made your own, and the system is so strange that it never really feels generic to me. And in MaoCT I think they got it right. I believe a system should have flavour and complement gameplay, and this one does very nicely. The stats, for example, are no longer generic Body, Mind, Coordination etc, but body parts – Face, Brains, Hands, Guts, Feet. The stats double as a hit location table, and damage to a particular location makes it harder to use that location. Simples!

At its heart the game is a superhero game (in the regular game it’s monsters that have powers, although Candlewick characters have “creepy skills” all of their own). And I must admit I was really taken with the way powers were built – you have a fixed number of dice, and if you want more variety, special effects, or to be able to use your power both to fight and out of combat, you sacrificed dice to make it happen. This reminded me a lot of Everway in its balanced approach to power generation.

The game also uses a mechanic called Echoes in Candlewick and Relationships in the vanilla game. Both of these are ways to blag extra dice when you’re rolling in certain situations, through emotional connections to the people around you driving you to action. I felt this was a particularly fine game element of Wraith and it’s nice to see it used here (although the instances of using Echoes in the game have so far been slightly forced).

The most complicated part of any RPG is nearly always combat. ORE has well defined and detailed combat rules, masquerading under the apparent simplicity of the One Roll. Here’s how combat works:

Seems innocuous. After all, just about every set of combat rules in any modern RPG follows this three step approach. However because there’s only one roll involved, this procedure is rigidly enforced. The players must declare what they want to do all at once, then roll the dice, then just wait until the GM finishes the narration.

Now almost all combats I play out involve a dialogue between GM and player. GM introduces threat (a sword swing to the head) and the player is told whether it’s successful or not and is then given a chance to react (parry and riposte). But not so with ORE – you choose to get into the fight and if your opponent hits you before you hit them, tough luck. If they cause any damage it knocks the width (initiative) of your attack down by one, meaning your counter may be delayed or stopped entirely. The only way to stop this is to wear armour that stops the successful hit doing damage.

All of this colours combat in a way I hadn’t expected. You commit to diving into the affray and roll the dice blindly, then hope you did better than the other guy. It’s a little like a cartoon with a big cloud of dust with fists and feet flying and no clear victor until the dust settles. I actually feel it suits the feel of the game quite well (although we’ve only played out one combat so far).

So, overall I really like both MaoCT and Candlewick. The structuring of characters, the use of Echoes and the use of stats as “hit points” are all inspired and make good intuitive sense. But this is just an interpretation of ORE, and I feel it works in spite of ORE, not because of it. Dice rolling isn’t bogged down because the dice pool is limited and there are no special dice to worry about, but I feel my players are still trying to get to grips with how to call the dice and what the height x width actually means in different situations, meaning I have to interpret dice rolls a little more that I’d like.

« A good soul these days is hard to find
One-off rules, part 2 »