An Ever Rolling Stream

Last October I posted about two different versions of the Time Curve Preludes.

Because I blogged about it, I got a message from Irritable Hedgehog telling me about Andy Lee’s recording. As it happened I’d already bought the “Andy Lee Triptych” that includes the Time Curve Preludes, An Hour for Piano and Soundings for A New Piano. If you like minimalist piano it’s definitely worth getting. Time Curve is somewhere between the other two in terms of pace. It feels slightly “sparse”, maybe more intimate compared to the other recordings. Maybe that’s just me.

Also I applaud Irritable Hedgehog for offering a choice of download (including lossless files) as well as the CDs. I like it when RPG publishers do that with their products too. 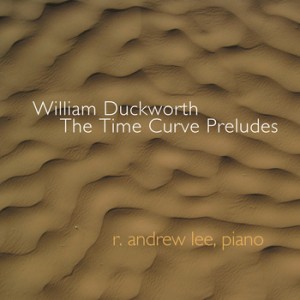 I was reminded because the label’s newsletter arrived in my inbox a day ago. Andy Lee is touring this and next year and is including some UK appearances in his “Minimalism in 12 Parts” tour. Those aren’t until 2013, unfortunately – hopefully that pesky Mayan Apocalypse won’t get in the way.