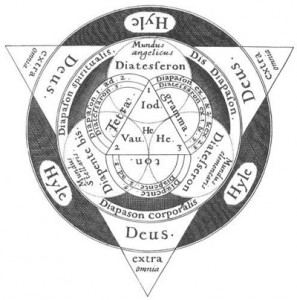 It’s easy to discuss realism in systems when it’s about a property you understand. I can go on ad nauseum about realism in rpg combat. A doctor will know a lot more about injury. An equestrian will know all manner of details about horse riding and a physicist will know about quantum mechanics. We (hopefully) then decide how useful it is to go into depth on each of those subjects. But overall we’re representing something we know and understand.

For most of us, we neither know nor understand magic. Of course we’ve read our Crowley or Dee or Agrippa; we’re interested in the Tarot and comparative religeon and folklore and the Tree of Life. But these are not trivial to translate to a game (and in doing so, they can be trivialised).

When we think of magic as it applies to our escapist fantasy, we think of defying nature with super powers. We also think of being able to do something that others – PCs and NPCs – cannot. And the gamer in us thinks of it as a means to an end; a trump card.

I’m going to analyse several game magic systems. To do so, I’ve taken the approach Greg Stolze uses for his superheroic histories, and considered four axes of expression for powers, spells and magic:

My day job is chemistry. A lot of people don’t know what that entails, but at least they know what chemists do all day. We make chemicals. In the context of 21st century earth, it’s  exoteric knowledge. But go back several hundred years and I’d be an alchemist, a magician capable of preparing all manner of enchantments and potions, and likely to end up suspended head first in a vat of warm marmalade for being a witch.

On this scale a 1 would mean a completely exoteric setting where magic is used as we use technology; it’s relied upon, and mages are service providers to those who don’t understand the science. A 5 would mean magic is not known or believed as a science, deemed impossible, and probably feared.

This question is all about lists of spells. It’s really a mechanical property, and for a lot of games it’s one of convenience. Do you rigidly restrict what your PCs can do with a list of spells – possibly organised into tiers – or do you give them skills and let them cast spells from first principles?

A 1 on this scale means Vancian magic, memorising each spell daily. Going up the scale things become more flexible – say, using essence points for casting, varying power of spells, and beginning to draft your own spells. By 5 it’s completely freeform and based around a few loose principles.

This is a slightly different question to Exoteric vs Esoteric; it’s about access. Can anyone learn a bit of magic, or does it require years of training/special favours/raw talent?

At 1 it’s completely public; any run-down schmuck with a two-dollar prayerbook can invoke the almighty and expect results. At 5 it takes rare talent, dragon blood or a scion of the goddess to work miracles.

This I feel is the most important question. Does your magic operate in isolation, or is it part of a continuous system of principles? At 1, there is one single system that all abide by, regardless of paradigm; at 5, powers are evolutionary divergent and any reseblence to one another is superficial.

Crucially at level 5 powers do not interoperate. There is no way to use Power X to counter Power Y. Sounds dumb? Well, it rarely happens by design – usually it’s a loophole in a system that was overlooked in playtesting. Psionics – especially telepathy and telempathy – have this problem.

Take it down a level to 4, and powers still don’t operate as part of a continuum – but countermagic does exist. So you design powers specifically to counter other powers.

A subset of this question is Secular vs Contextual: are all magics viewed as part of a universal pattern, or are they self-contained within their own paradigm? I don’t want to dwell on this one too much because I think it’s generally flavour rather than mechanics, but it’s important for some games (e.g. Mage).

One of the many great things about Garth Nix’ Sabriel is the way the protagonists interact with the dead through their magic. But regardless of how they’re used Sabriel’s bandolier of seven bells is nothing more than a few very handy anti-necromancer spells.

What makes Sabriel an interesting mage is the focus of her magic. If you want your players to be Sabriels then you have to empower them to focus their character into magic.

I’m going to stick my neck out and say that as long as your axes rest on or near 1, you will never have a magician who is a special and unique snowflake. At least, not as a magician (as a character, sure). It all depends on what you want to run and play.

I’m going to finish with a few examples. 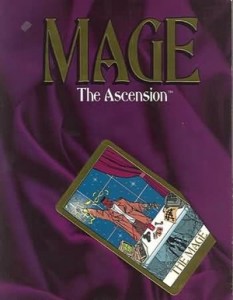 Here’s the rub with Mage: it’s supposed to be a paradigm-based game, but the actual paradigms presented don’t really affect overall magic other than making foci different depending on your flavour of magic. Otherwise it revolves around the same 9 spheres. Its unconstrained as it allows for free-form magic, which is nice – but I found it difficult to use in practice. 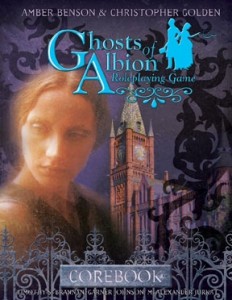 Occupying the middle ground this game exists in a world where magic is common to all players but not necessarily to the world. Individual spells are designed, so it’s fairly constrained. The discrete spells make it discontinuous. 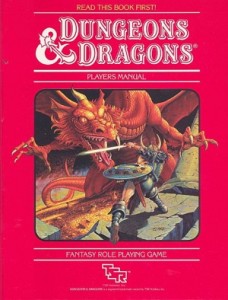 Access is variable in D&D – on the one hand you have to be a Magic User or a Cleric, but on the other hand there are swords +1 and potions of healing scattered all over the place. It’s almost completely Continuous in that there’s no thought to differentiating between magical philosphy (though I believe this changes in later editions of AD&D). 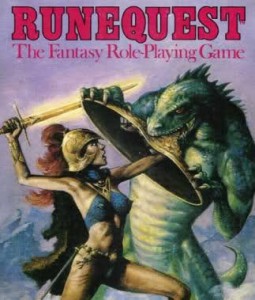 Sharing the same roots as D&D magic is mostly constrained to spell lists, but unlike D&D it’s available to all. RQ attempted to draw together magic under one underlying system that enables spells to be resisted and uses a common currency – POW and Magic Points. Differentiating between Shamans, Priests and Sorcerers is its strength, otherwise the system feels a bit clinical. 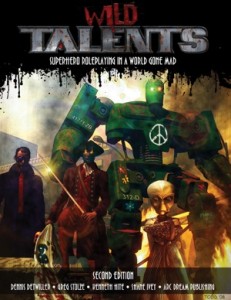 Because Wild Talents covers such a range of superhero genres it’s difficult to tie it down to a point on the axes. But considering the system, it’s generally a world where anyone can be a superhero (access 1), but superpowers aren’t generally known or understood (esoteric 4). Constraints vary because the system is very flexible but requires a detailed point build. Most importantly the powers are almost completely Discontinuous making opposing one power with another labour intensive. 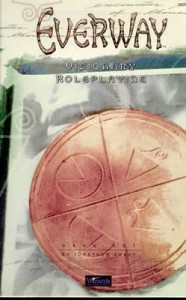 In Everway magic is expected, although it’s a mystery to many. Designing your powers is only loosly covered by the rules, and any character can be a mage – but only at character generation. However all magic is treated in isolation – interoperation is entirely at GM’s call. Some fans have expanded on the system to give guidelines for resistance, which makes it playable.

I resisted doing more – but you could apply the same analysis to Nephilim, Continuum or Amber.

p>Of course the gaming relativists and the old school anti-Forge reactionaries will say “who cares? As long as the players are having fun!” And I couldn’t agree more. But I believe that system does matter, and there’s no place it matters more than the powers used to express the fantastic elements of character.