Order of the Carrot

My players have a habit of asking for experience points at the end of a session. What, my company isn’t enough? 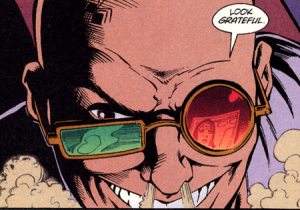 Jonathan Tweet never felt the need for experience points in Everway – although he retrospectively calls the lack of an experience mechanism a “problem”.

Everway works on a system of boons in lieu of experience points to develop character traits directly. Boons represent gifts bestowed on the heroes for doing great deeds. Everway players seem to like them because they’re explicitly in-character rather than out-of-character. I guess I get that, but I’m a bit skeptical; players claw tooth and nail through hell to rescue the sun-child of the village of something-or-other, and get rewarded with yet another fetish that wards against were-goats. Then I have to look my players in the eye as they nod and smile and tell me that “it’s just what they’ve always wanted” before stuffing them into the bottom of their backpacks with the other junk. Much easier to give them a few XP in a gift card. “Didn’t know what you wanted, son. Thought you could go out and choose some stats to level yerself. Have a good time!”

The reason I don’t often give out experience points is because I forget. I’m not in the habit of doing so. Ever since my brush with Palladium (shudder) I tend to avoid games with XP rewards in greater than single figures.

Maybe I should pay attention to XP. They do some very positive things. First, players like to feel their advancing their character. And in most (traditional) games the players are reactive – they rarely get a chance to advance their agenda unless the GM throws them a bone. XP are a good way of granting some player autonomy.

Second – and maybe more significantly – experience is a way of correcting unintended bias or defects in character creation. Even if the character creation is as transparent as Everway, there’s a chance that the player will be dissatisfied with their chosen weaknesses they traded for strengths. Of course if you’re dealing with a chronic min-maxer they probably never expected to have to use their “weak” stats anyway. Well, that’s got more to do with who you game with than your system.

There are three types of experience. Leveling (and keeping track of thousands of xp) is the mainstay of D&D and clones, and I don’t care for it one bit. Then you have ticking off boxes to advance a skill that you’ve used – that would be Runequest and its ilk (and more recently, Burning Wheel). I don’t like that either because it negates the usefulness of the second option – to bring flagging skills up to a useful level in a reasonable time.

That leaves the third option – just dole out a couple of xp at the end of a session for good roleplaying, achievements, or writing your own name at the top of the character sheet. I find a lot of games skimp on this part when it’s arguably one of the most important parts of a system – since it involves motivating the players to come back next week. I’ve been a bit down on Burning Wheel in the past but to be fair their guidelines for voting on who gets the “Artha” at the end of each session are good – if your group is happy to play that way of course.

There is a fourth option – I call it the Travis Touchdown method. You scatter magic beans through the game world and watch the PCs try to get them. They might appear at the end of boss fights, or just floating in the air when a player turns a corner, or there to buy in Ye Potion Shoppe. Make them metaphysical objects that exist both in and out of character. It’s what the videogames do.

Afterword: I called this post “Order of the Carrot” because of the Order of the Stick and, y’know, you have the carrot and the stick to motivate players and… (ah, if you have to explain the joke, eventually it’ll be funny, right?)

Anyway, by coincidence there is an Order of the Carrot website which is probably something to do with Icelandic performance artist Hannes Larunnson. Unexpected.