A set-up heartbreaker is a game where – when you’ve done the set-up – you’re super-psyched and excited about what’s going to come. It’s just so full of potential! And yet, when you get into play, all that potential never seems to translate into a compelling game. The game in your head at the beginning was far better than the game that ultimately emerges from the table. And what sounded so cool in set-up doesn’t really catch fire (or maybe not even make it to the table).

That describes the Hollowpoint game I ran at Concrete Cow yesterday. 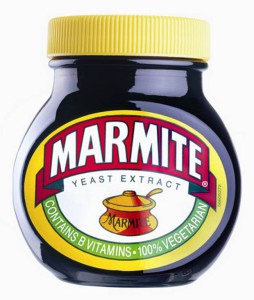 So, these were the specific problems I identified with the Hollowpoint game I ran:

Talking more generally, these are the reasons you maybe didn’t like my game:

We conflate these different points. 3 and 4 get mixed up — where people use not understanding a game as a reason for not liking it (fair! Adding a cognitive load on top of the narrative will make the game harder to engage with), but also where people don’t engage with the game because they don’t like the initial impression they got (perhaps not so fair).

I have control over 1, 2 and 3. I have no control over 4 or 5, although both feel like they’re my fault — but we have to draw a line somewhere. In particular the “could have been playing something else” begs the question “what else?” That’s an opportunity cost, and not only is it hard to say the real value of the game you didn’t play, you have to ask if all the options were equally available to you. Sign-ups have an element of risk, and I think that’s one area the GM has to limit his or her responsibility for a game that didn’t go so well.

A Look At Hollowpoint Probabilities

A bad worker blames her tools. One of the conclusions post-game was 6 people is too many. Which may be true… with 6 PCs + GM, the opposition starts at 14 dice.

I used the Troll Dice Probability generater with this code:

Vary the number of d6 in the roll to calculate the probabilities of each kind of roll.

Summary probabilities in this sheet. Some observations:

So the game escalates non-linearly; at some point the escalation of the Enemy will cap out at 6 sets, even if those sets are all wider than the players’ sets. Having more dice isn’t always better, and if the GM doesn’t really pursue the PCs agressively to apply Effects, the PCs can walk every conflict and no-one will ever move on. The only way it gets harder is attrition of Traits and Teamwork. I think this is a major place where I missed a trick.

Analysing like this, it’s clear that to make it work I need to

Hollowpoint’s a dice game, and it needs to be pitched as a dice game. More than just writing a general plot or sandbox the GM needs actual skill in balancing the dice to the players, and has to be prepared to play to win. It’s unusually adversarial in this regard; the only other game I can think of that does this is Don’t Rest Your Head and that has similar quirks re: dice pools.

Whichever side of the fence you sit on “Storygames are/aren’t RPGs” it’s clear that while Hollowpoint isn’t a traditional RPG, it’s slightly apart from Storygames, too. Storygames often feature passive facilitation, and it’s abundantly clear that this is not what is needed in this case.

More than usual, I need to practice.

« Beyond the Wall: More Ideas About Relationships
The Free and the Dead »