Nihilism, Cthulhu and Me

Call of Cthulhu is a great fantasy game, a great sci-fi game, a great pulp adventure game, and crucially a great investigative game. It is a terrible horror game.

Let’s qualify “terrible”. The enduring power of the Lovecraftian mythos is Cosmic Horror. The sheer scope of cosmic horror makes it a terrific high concept for the GM and author and reader, incredibly seductive as a backdrop. But (I’m going to stick my neck out here) thanks to that scope it’s almost impossible to translate that to the RPG table and call it horror. It’s too far away from any human context to be horrific.

So, CoC (and stablemates) have a reputation on delivering horror on this grand scale, a nearly impossible task in practice. I’m not talking about the horror genre, I’m talking about the emotional response. This is the Paranoia fallacy that because a game is purported to be darkly comedic or horrific, it will elicit that emotional respose. CoC’s mechanism for tackling fear and horror is Sanity, a one-dimensional resource that lacks subtlety or empathy (or respect for mental health issues). More to the point, it doesn’t really reflect the bleak, nihilistic horror that the setting promises — just a slow spiral into subjective madness punctuated by periods of loss of control.

Of course CoC at the time was working with the best tools available. Chaosium’s model was to provide adventures, and that’s where the visceral and spooky thrills would be baked in (much like LofFP does now). Outside of that, CoC was a book of weird monsters and spells, fine for pulp science fantasy but it’s a mythology, not horrific in itself. And as far as I can see 7th edition doesn’t change this formula.

There are better games to communicate the absolute bleakness of existence in a RPG. Two spring to mind:

Unknown Armies has a much more sophisticated take on deterioration. There are five scales of Madness (Self, Isolation, Violence, the Unknown, and Helplessness) but the genius is not only that PCs can become subjected to different stresses with the usual deleterious effects — they also become hardened to them to the point that they become unfeeling, ascetic, joyless agents of chaos. This is Vampire’s Humanity in reverse. This is also a very objective way of looking at things, and objectivity is what makes the nihilistic view horrible. It’s a slow battering down of all the defences against that crushing certainty — all of the mechanisms of family and relationships, societal norms and faith in order being stripped away. It’s delicious. 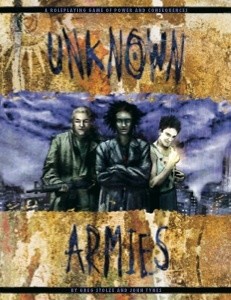 The other game is Wraith, a much looser and much more subjective and personal view. Wraith’s high concept — the idea that the afterlife is no more than a slow decline, waiting to be consumed by Oblivion and feeding off weaker wraiths, sometimes clawing your way back to the living — gives the Lovecraftian cosmic worldview a run for its money. 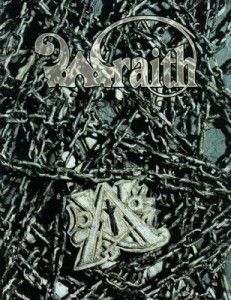 Wraith isn’t as mechanically tight as UA but its use of Passions and Fetters — the former being diminished by harrowings — gives a context for the character’s place in an uncaring cosmos. Passions are the defining emotional ties of the character but can be stripped away by Spectres, neglect, or by the environment itself; they rarely get stronger. Hope is a slender thing.

This is a nihilistic storygame about the end of life. I recommend a Lines and Veils conversation up front, as is best practice.

This is a game about looking back over the life of someone and examining all the ways they’ve touched people, the things they’ve built, and the ideas they’ve had.

For as many players as you like, it doesn’t really make any difference.

Step One — The principal

Your principal is old, but they have accomplished much in their lifetime — they have touched many people, had grand ideas, built great things. They are in a place they call home, safe for now, with time to reflect.

Write the answers to the above on an index card, then go to Step Two.

When a card is drawn, both the suit and the number may be used. See below.

The suit has the following significance:

Card numbers as a guide:

Together, the players recite the following:

“Here lies (principal’s name), who never amounted to anything in the eyes of a bleak uncaring cosmos.”

Alternative version — if you used the wild cards, append

“except for (Wild Card retcon), that was quite uplifting.”

Afterwards you can sit and stare at each other, if you like