I backed the Kickstarters for the three games below. In no particular order: 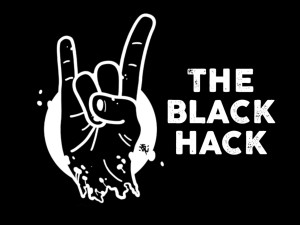 The thing I admire most about OSR games is how they’ve taken the moving parts and tuned them for a particular kind of experience. The Black Hack is a stripped-back second-gen OSR title, extremely short in presentation and focused on the dungeon combat experience. Whereas Whitehack applies nuance and narrative creativity to the D&D class formula, The Black Hack goes in the opposite direction and focuses on class activities in the dungeon context. The text’s sole concern is on fighting monsters, healing and resting, and carrying around stuff. There are magic spell lists in the back but no actual spells, because why reprint them when they’re available in the SRD?

Nevertheless there are innovations here: 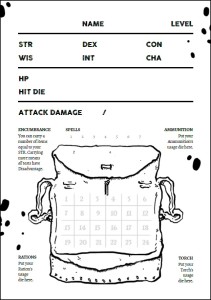 This feels like the kind of game you’d want for a one-shot tabletop version of Gauntlet. There’s no world, or discussion of the characters’ lives outside the dungeon, and that suits me fine; but clearly this game is speaking to the kind of player who’s already absorbed the tropes (either first time around, or as an OSR enthusiast). That’s my only reservation: this isn’t a complete game so much as a layer or filter for another game, and it relies on familiarity with other properties — and while you can find those for free, you need to know where to look.

I should mention Into the Odd as the closest “competitor” for “0-60 dungeoneering”. Both games make me think Dungeon Crash as opposed to Dungeon Crawl. ItO has the edge with the flavour of Bastion, while BH has the advantage of familiar assets. For flavour I might pick the former, but I’d love to plug BH into some LotFP modules. 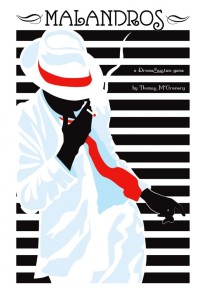 I backed Malandros on impulse and G+ recommendation. It calls itself a Dramasystem game but deviates from Hillfolk in the procedural system.

Malandrosis absolutely gorgeous, with art throughout that immerses the reader in the setting (late 19c Rio de Janeiro). Thanks to the format Malandros is also way easier to read on my iPad mini than Hillfolk.

System-wise it feels like Dramasystem in the split between procedural and dramatic scenes, scene calling, emotional concessions, etc. It’s simplified in that there’s only one kind of token in Malandros (the Drama Tokens still move around according to whether emotional concessions are granted).

But there’s a heavy dose of Powered by the Apocalypse in there both for Procedural “signature moves” and “progress tracks” (a.k.a. clocks). I need to play this to see how it works but on paper it’s a vast improvement over the original, and potentially a case for the whole being much greater than the sum of parts.

I have a couple of gripes. The first is about how the GM role can be passed around. Brilliant, I think — a feature I’m eagerly awaiting in Alas Vegas — but very little mention of this in the game aside from flavour text in the introduction and how to handle the GM’s drama tokens in that section.

This leads to my second gripe: this isn’t a game for newcomers. While that’s true of a lot of games in that generally you have to have played a RPG before, in this one it helps to understand both Dramasystem and PbtA. The text order doesn’t help — Signature Moves are mentioned in Character Creation, written about in the following chapter, but Procedural Scenes are only explained 30 pages after that. This isn’t a problem if you’re either looking to make the connection between character, setting and mechanics, or otherwise have the discipline to read the game cover to cover (and Malandros has a sane word count and little padding). But it is a fundamental problem to ask players to make decisions about their character which have mechanical weight, without knowing what those mechanisms are.

My third and final gripe is that in odd places the text indentation isn’t consistent (e.g. in People You Meet the indents for Abilities/Signature Moves). But that’s easy to ignore.

Just as Hillfolk has Series Pitches Malandros has its own alternative settings. The first of these, Aluminium Wars by Mark Galeotti follows a similar format to the core book — there’s setting, character types, then a discussion of signature moves, then finally some location-based fluff.

This is possibly the most interesting because it shows off the full potential of the system — by breaking out new Signature Moves it’s basically doing the AW hack thing but in a much more consistent framework, and well supported by the overarching system and micro-setting. At first glance Aluminium Wars offers a great deal more structure and support than Hillfolk’s series pitches.

Malandros does for Hillfolk what Urban Shadows does for Apocalypse World (and what second-gen OSR games like the Black Hack do for BECMI D&D). It’s a second generation spin on a foundation text, clarifying and retooling innovative system into something more accessible and functional, but also a conscious deviation. Malandros is something special, and if you’re a tablet reader the PDF is a bargain.

For hardcopies I don’t know what’s happening yet — during the Kickstarter the POD provider was switched from DTRPG to a US-only service provider (slightly annoying since pledges were in sterling) and although it seems shipping charges aren’t much worse, I guess it will complicate returns if there’s a problem with your delivery.

Blades in the Dark 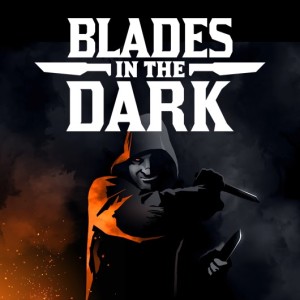 This one was kickstarted around a year ago, and just won the Golden Geek Game of the Year award. I’ve played with version 0.4b of the Quickstart rules with a range of different players. I think it’s now locked in at version 0.6, so we’re waiting for physical products as well as the many stretch goals.

This is a post-PbtA design with associated trappings — notably playbooks and advancement. Other comments:

Because play is funneled into missions and downtime it’s very easy to grasp the flow of the drama during and between missions. The players I ran it with came from more of a trad background than indie, and it took some encouragement to get them to stop planning the mission up front and just go for it and use flashbacks. I found a similar problem when running Hollowpoint for a more traditional bunch of players. But unlike Hollowpoint the mission structure is less abstract and the support materials are there to guide newcomers into the BitD way.

The discussion on Clocks is more in-depth than any I’ve seen in Apocalypse World or hacks, and inspired thinking into Dice Clocks. I’d say it’s essential reading for anyone interested in ramping tension up in their RPG (which should be every GM, right?).

This is the same setting as John Harper’s Ghost Lines. In the QS it’s implied rather than absolute, and while there’s a lot of evocative characters and places there are also a lot of gaps. Will this get ironed out in the final product? I don’t know; there’s a trend in indie games to assume both tacit knowledge of how to play “the indie way” and also how to parse the text and fill in the blanks.

The problems happen when player-facing documents present some setting element which has no counterpart in the GM materials, putting the GM on the defensive. So, when in Blades a certain character or setting element gets mentioned, it’s hard to tell whether this is

Examples I have in mind include the nature of the undead, demons and devils in the setting, and specifically how these mesh with the supernatural powers of the Whisper and the Leech. To resolve this the GM has not only to have a broad overview of the setting and the parts of the book (Unquiet Dead and Strange Forces, pp. 60-61) but also look carefully into the detail of the playbooks themselves. With enough time and careful thought these issues can be resolved; but with that much cognitive overhead, the Blades quick start is no longer quick.

It’s a testament to Blades how quickly my players (with a very broad range of experience, both in style and years of play) all just got it after a few rounds. I recommend reading in any case for the ideas on Clocks, the examples of how to build great player-facing game aids, and the interplay between mission and downtime.

BitD cites Thief as an influence, so it was always going to be an easy sell to me. But also interestingly both Blades and Malandros claim The Wire in their touchstones. And since the latter draws heavily on PbtA, the logical next step may be a Blades/Malandros/Dramasystem hybrid, a heterogeneous design which deliberately weaves in dramatic scenes and emotional concessions between missions as part of downtime, with mechanical feedback.

« The City Shared
He Left This Message For Us »