The Tarot and Lovecraftesque

Are you really excited about writing a new Lovecraftesque scenario for Black Armada’s competition, but need to get your thoughts in order? Here’s how the Tarot might help.

Rundown of the Parts

For my brainstorming I’m aiming for more than the guide and then pare down later and remove anything that is a bit boring.

I worked with fifteen cards. I used the Thoth tarot which works for me, YMMV etc. 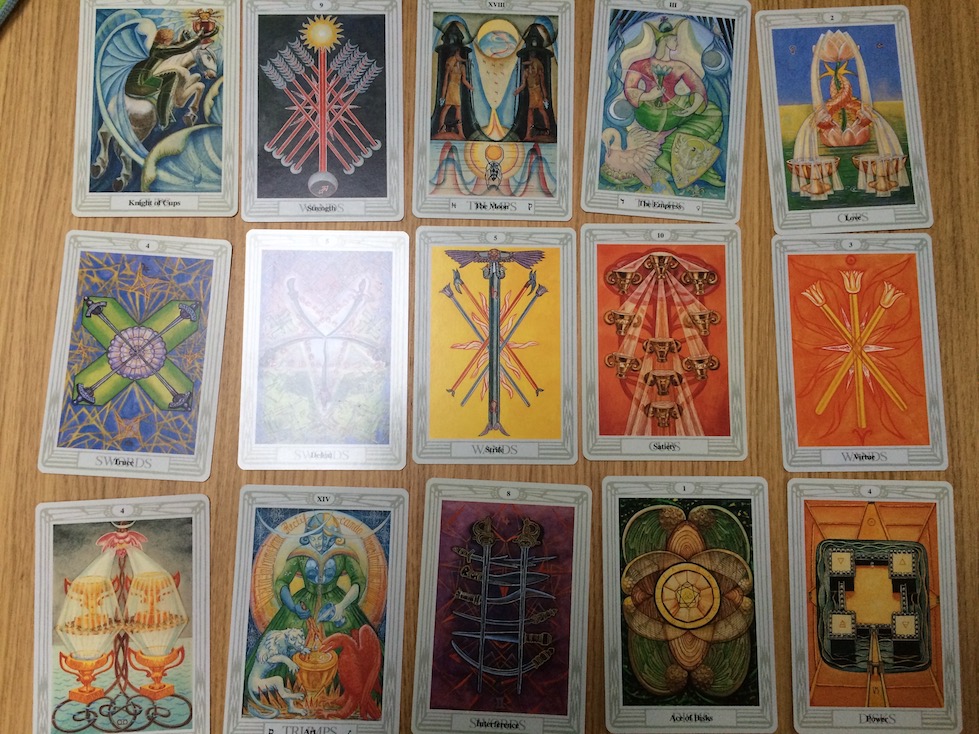 I now have fifteen cards. For the clues I just work with one card per clue. The suits work as follows:

For the Thoth tarot the neighbours of the cards may shade the interpretation, but I mostly think about them in isolation.

5 of Wands (“Strife”) represents an unknown former band member just before the band broke up.

Ace of Disks represents a basement full of reel-to-reel tapes.

10 of Cups (“Satiety”) is a bottle of absinthe with a hand-drawn label and accompanying CD-R marked “instructions”.

Now, look at the 3 rows of 5 cards, and read each column.

The late artist’s mansion is represented by the 4 of Swords (“Truce”). It’s in a calm and empty state, waiting to be sold on. It represents the artist’s later life where they were prone to drug abuse, passive, yet sensual (Knight of Cups). The undercurrent is the 4 of Cups (“Luxury”) representing weakness, success and pleasure approaching their end, and decay.

Finally rearrange the spread into groups of 3, sequentially like this: 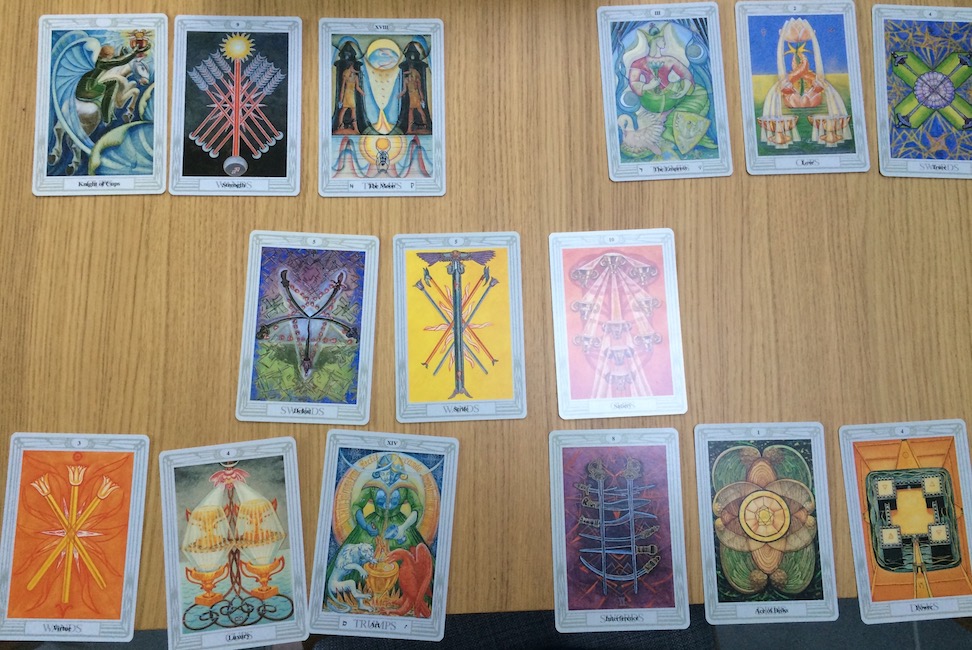 Use each sequence of 3 to divine the character. The central card is their base, and the flanking cards are two sides of their character.

Dominic Baxter is a wealthy and prosperous dentist (Ace of Disks) who commutes into London. He chairs the village residents’ association but his interest is one-sided in favour of the other commuters in the village (4 of Disks, “Power”) at the expense of the rural community with whom he frequently clashes (8 of Swords, “Interference”). 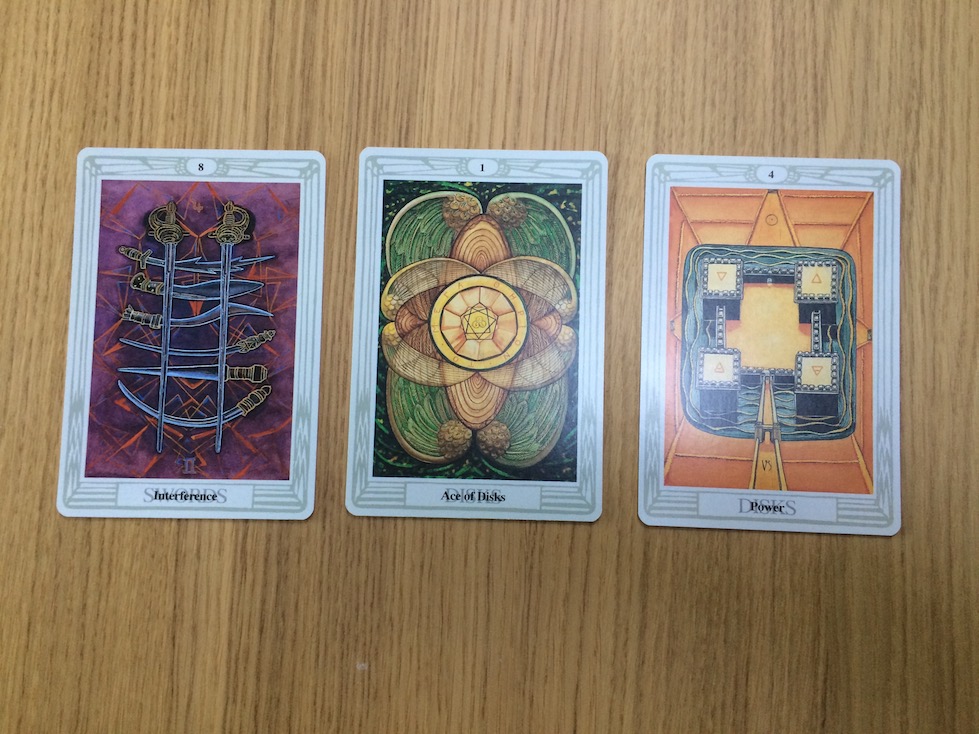 I started with a concept for the Witness and Era I liked, and then used the tarot to give me ideas to fill in the gaps. So, all of this requires an initial idea. But there’s no reason you can’t brainstorm even that with a tarot spread of your choice.

Black Armada’s competition is on until the 7th November.