Working on the SRD for StormHack. I’ve changed the system a bit since the playtest at Concrete Cow. The revised version has an “interior game” and an “exterior game”, something I’ve been noodling with the idea for nearly 3 years in Beyond the Wall (character sheets here). Basic idea:

Anyway, I went from writing a monolithic document to trying the SRD on a single page and from there a little 8 page A6 pamphlet (made like this). 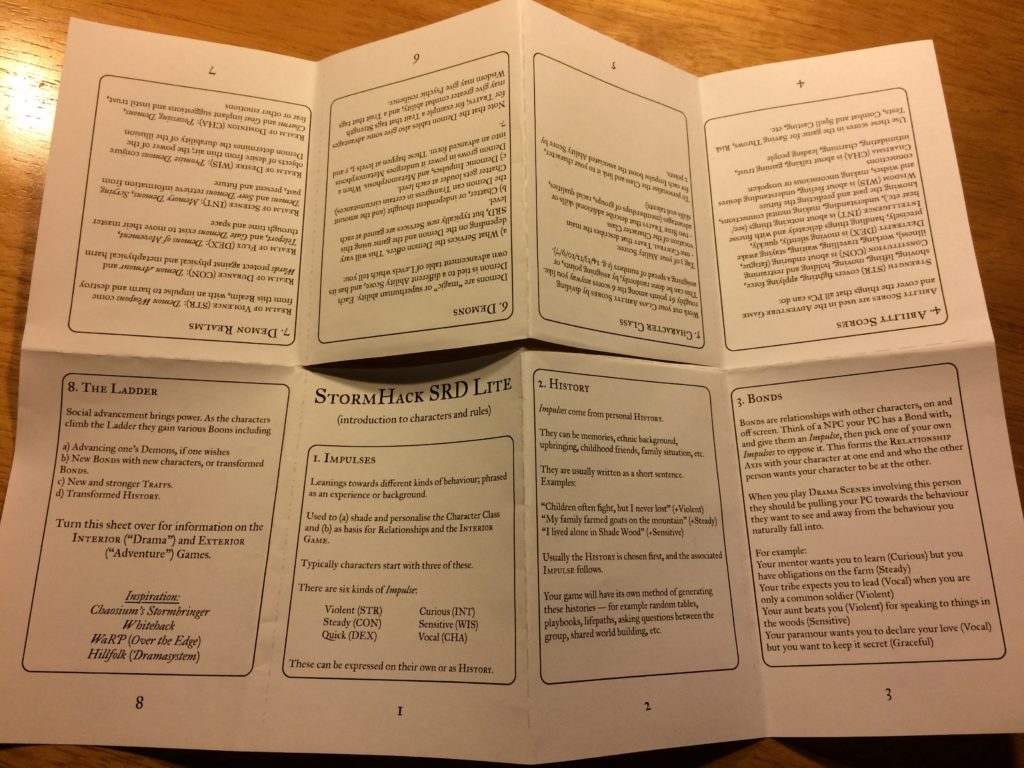 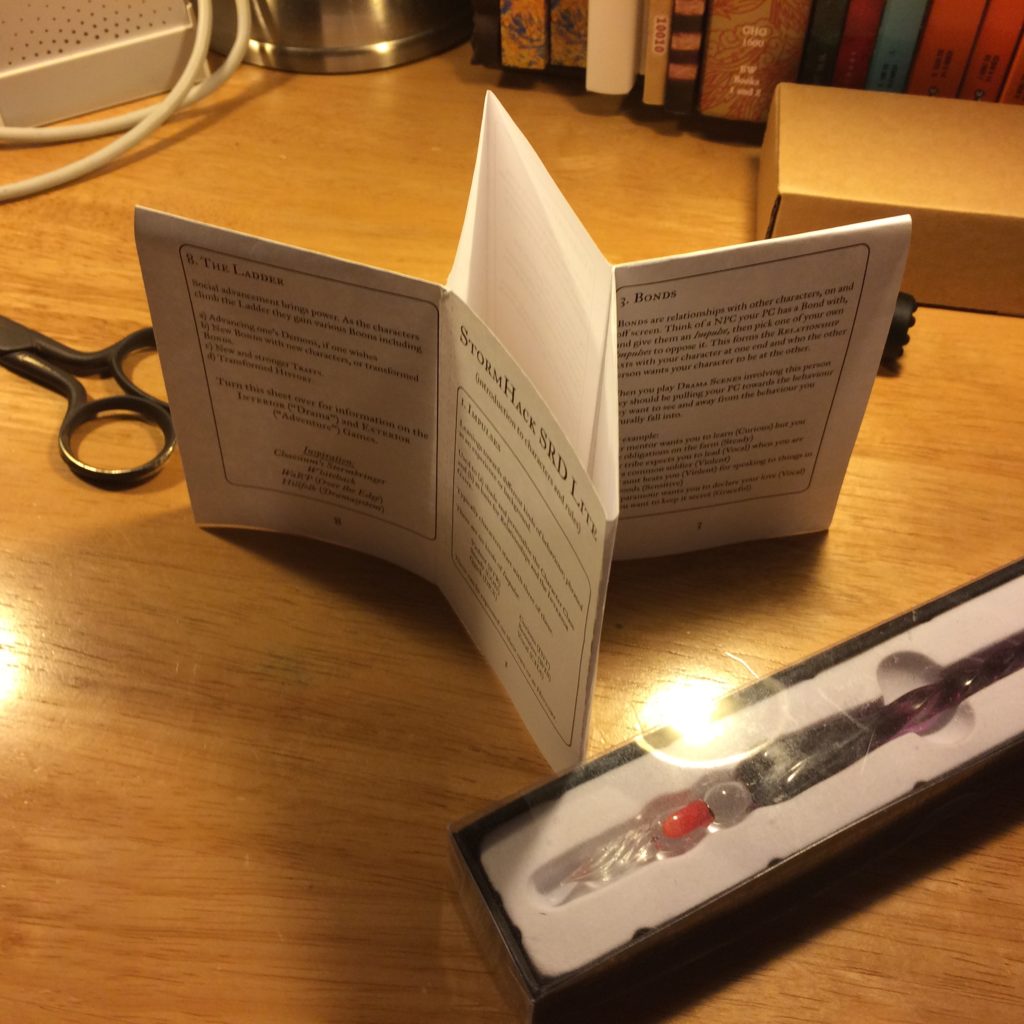 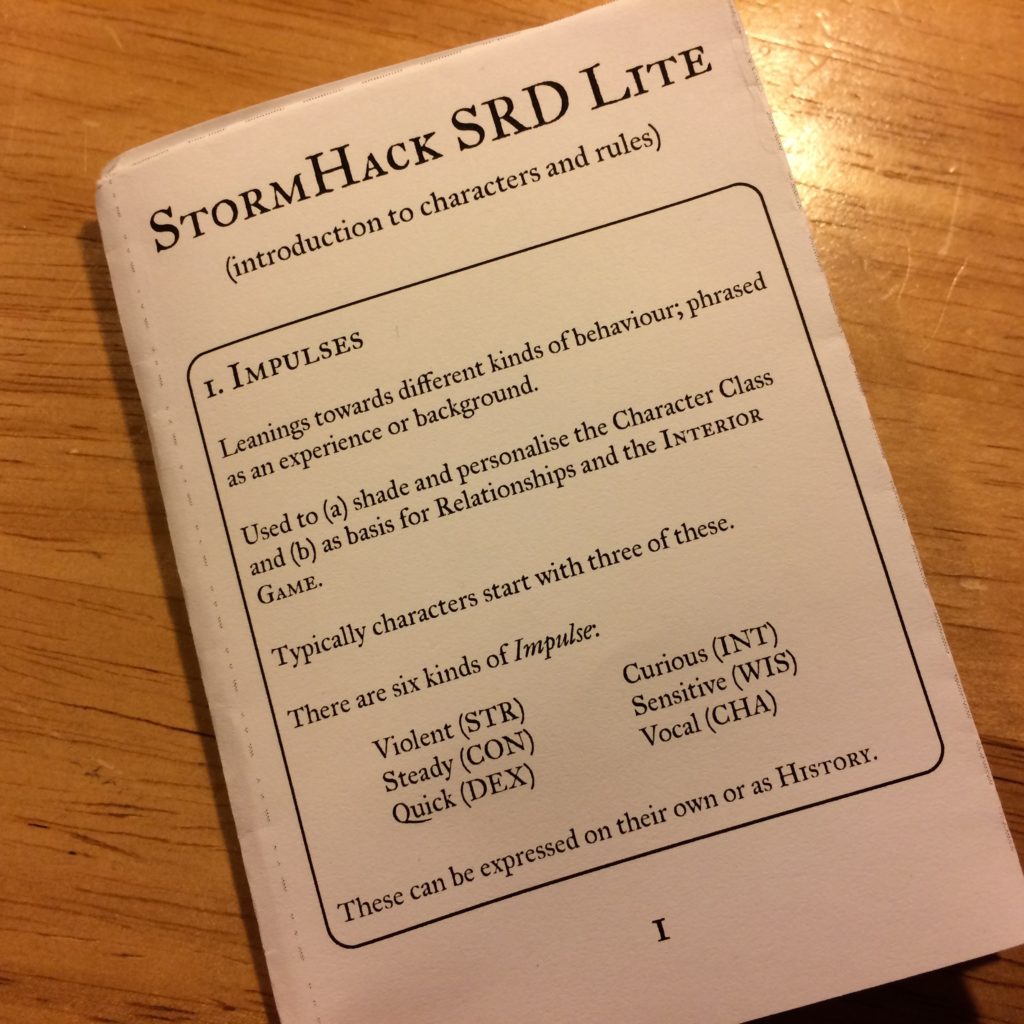 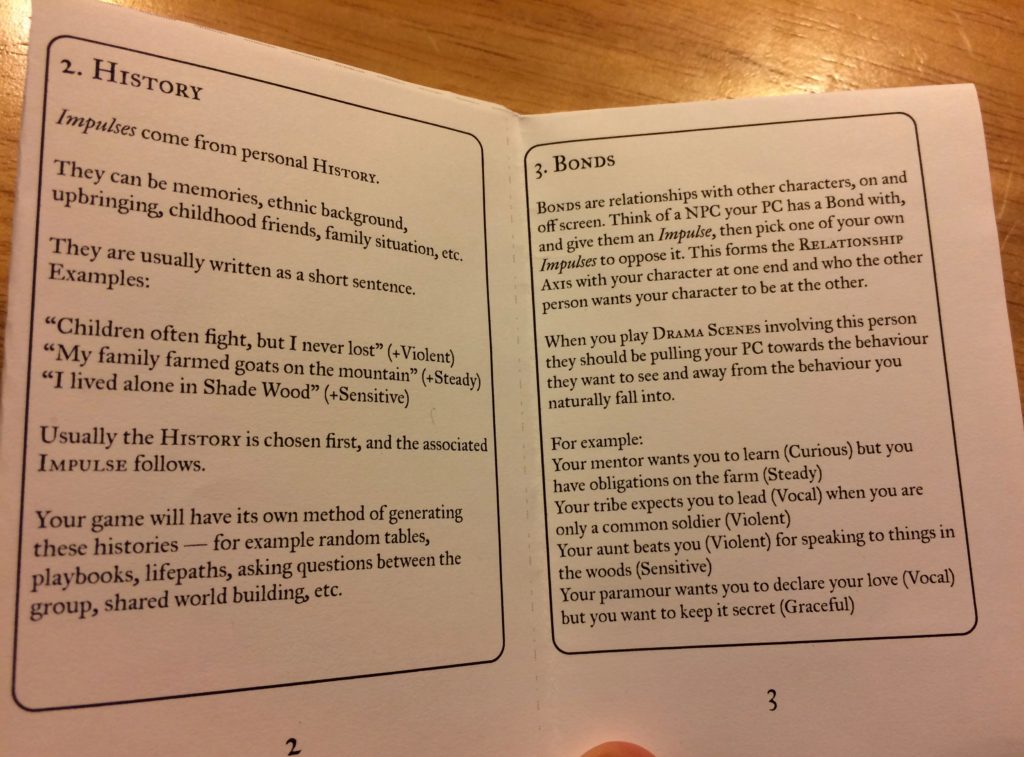 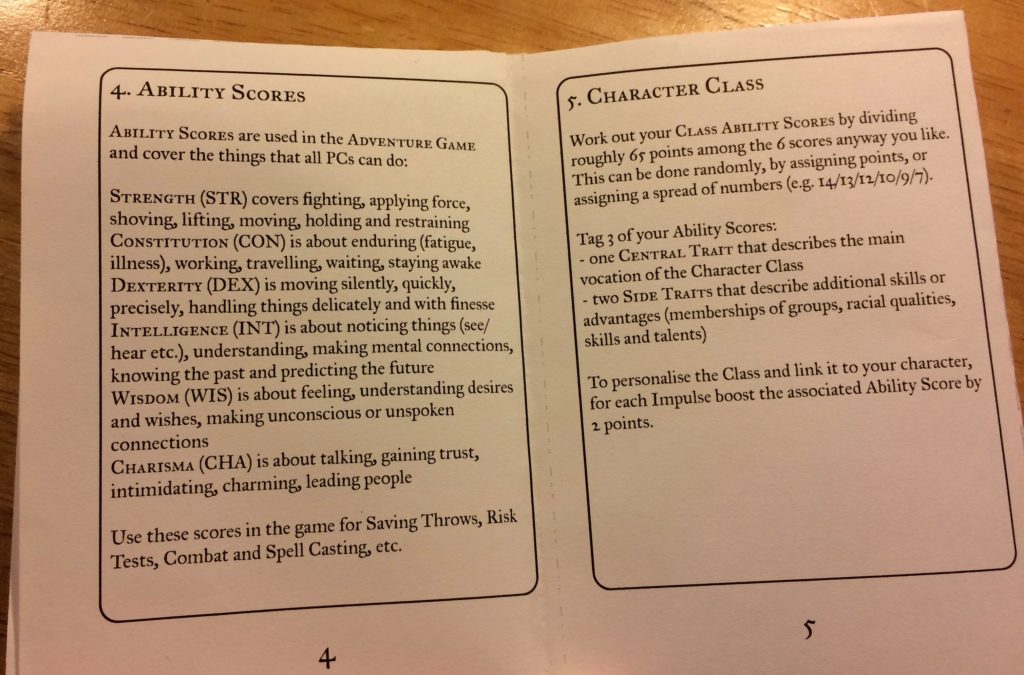 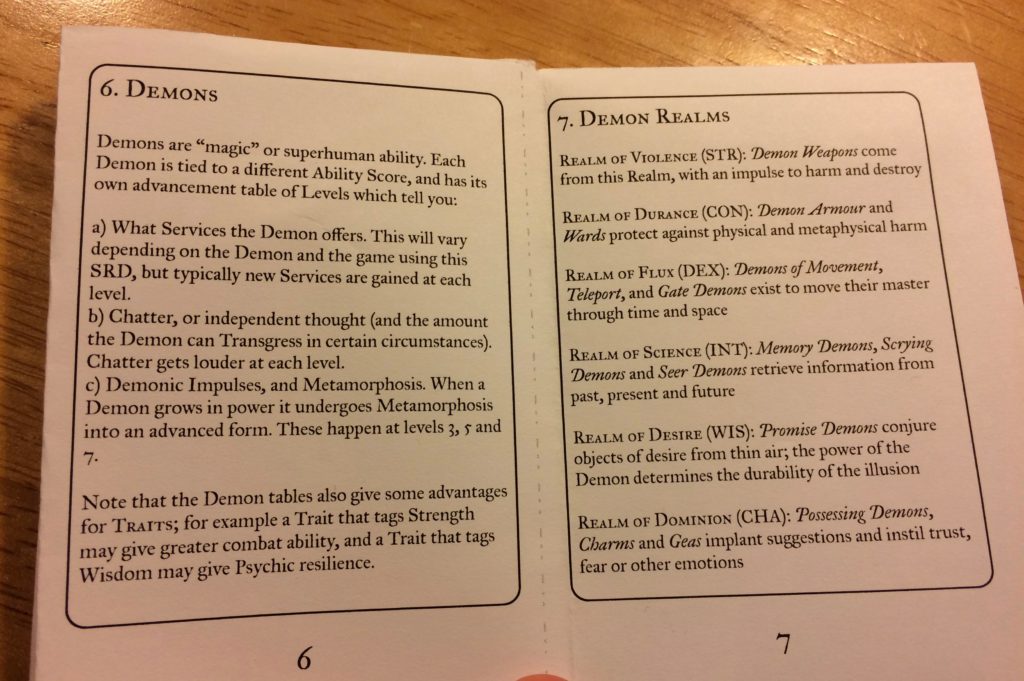 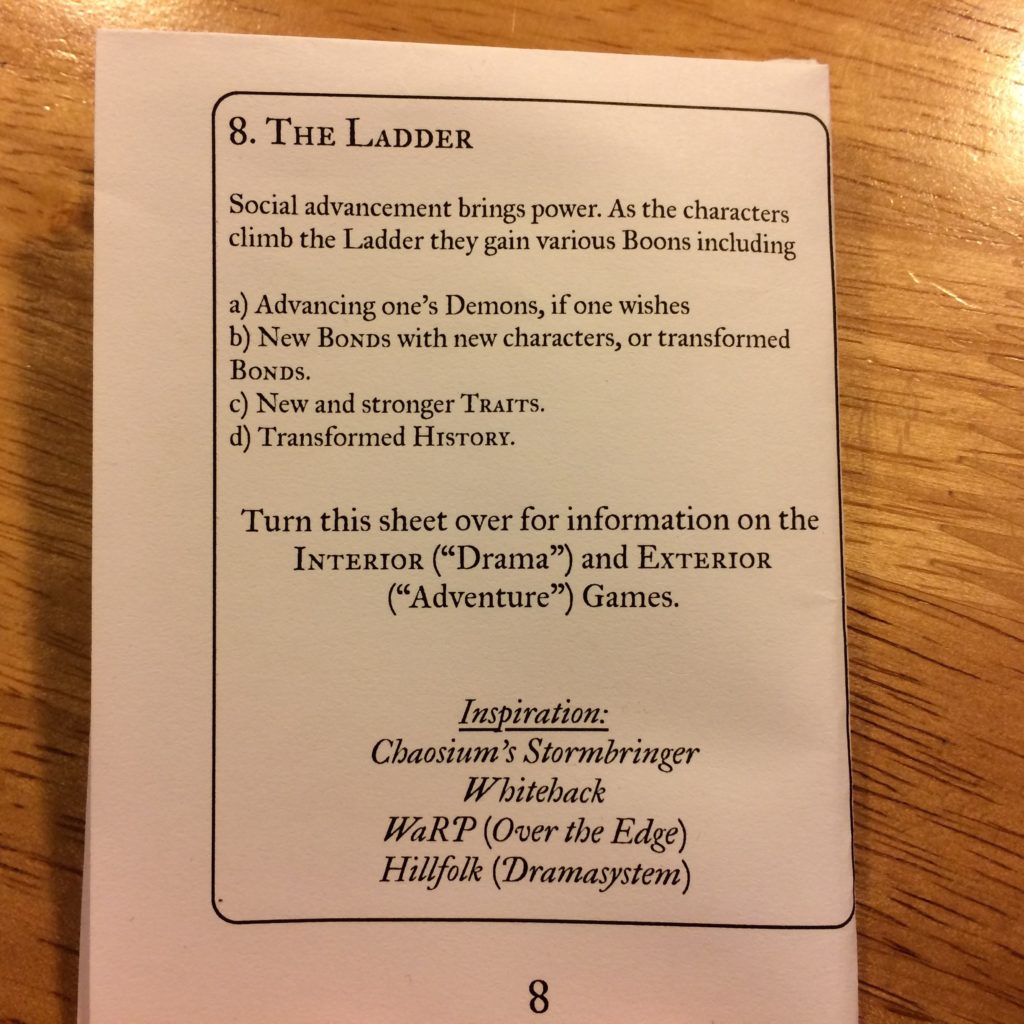 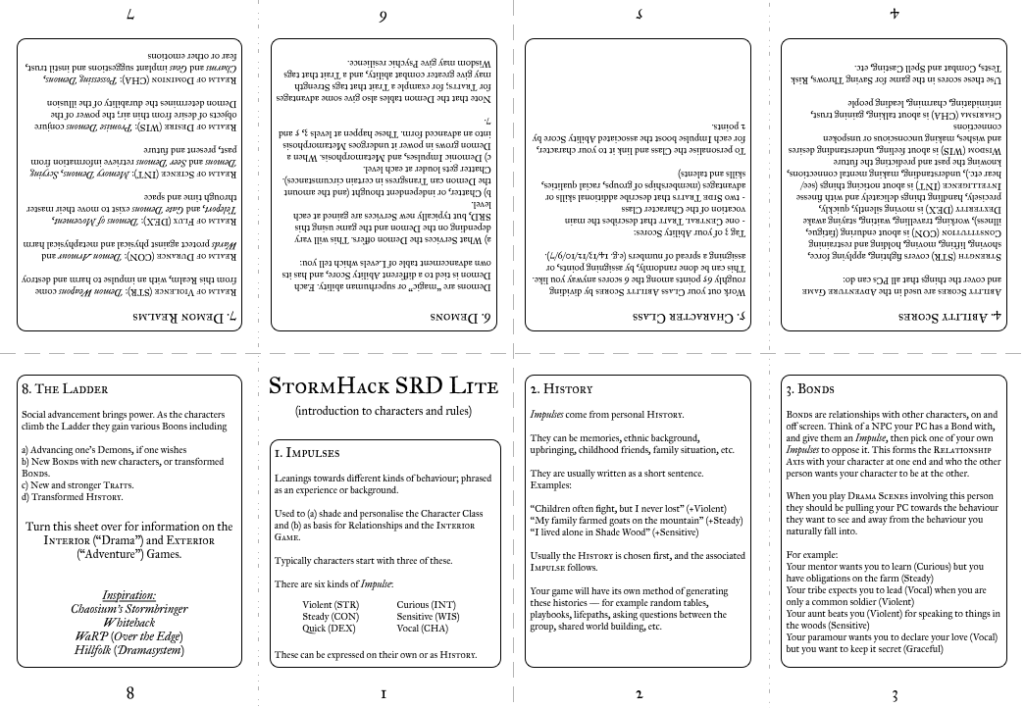 The margins are screwed up at the moment. The reverse side will be instructions for the Drama and Adventure games but I haven’t written that yet. The plan is to use this for both an Eternal Champion type game, and Black Mantle. 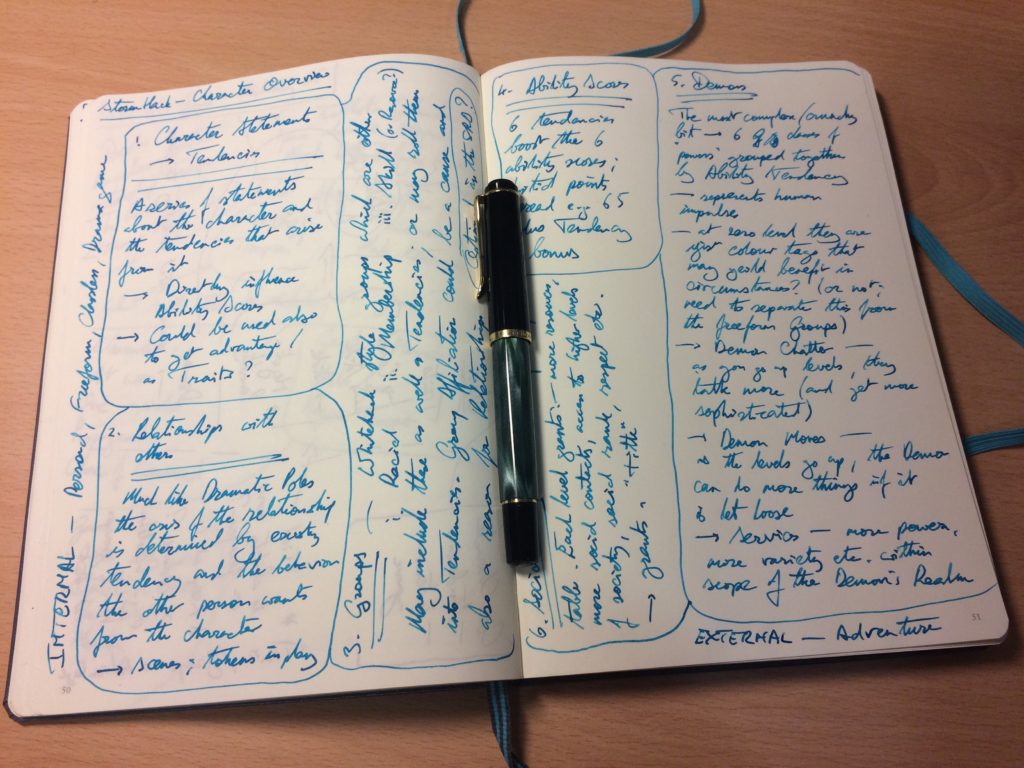