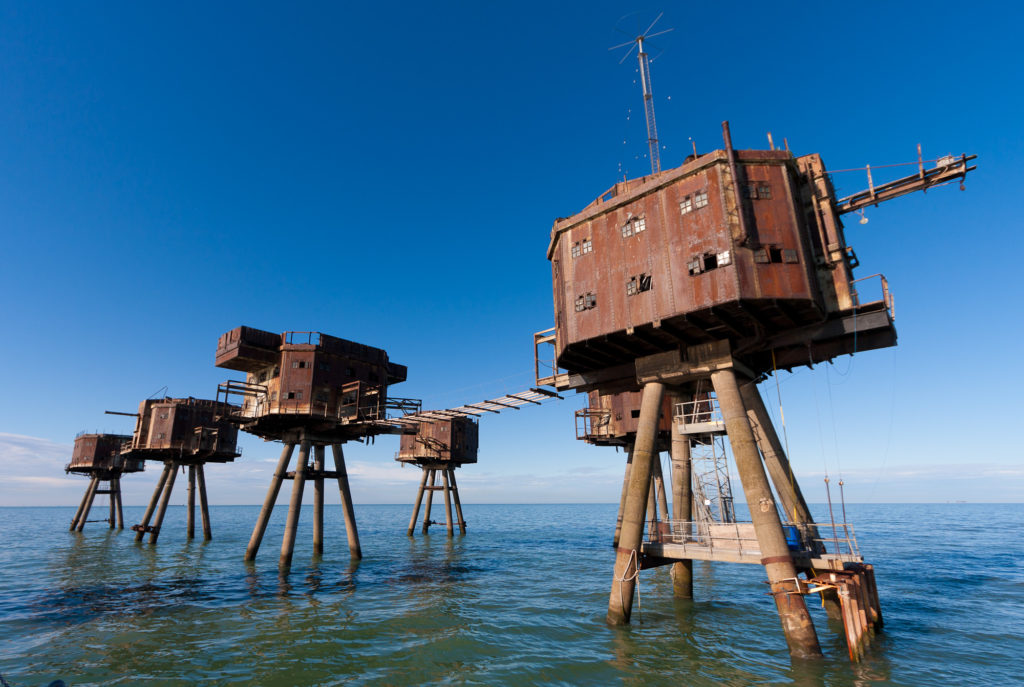 For Beyond the Waves: ancient technology from the last war between the Haunted Empire and the Island States.

The airspace above the Archipelago is haunted. The Empire’s flyers would dive when they hit the Archipelago airspace, or curve in unpredicted trajectories. For decades the imperial scientists attempted to map that volume of air with its many loci and vortices and tunnels, but Sigma/Omega ratios could suddenly peak and vehicles would return decrepit, pilots bags of dust. Flying over the islands was too much of a risk even for a behemoth like the Empire who could throw steel and flesh and bone at any problem.

The ekranoplans were vast surface wing craft, much larger than any of the vehicles in service around the various island states. They were designed for carrying cargo, weapons and troops rapidly over long stretches of flat water for exploration or conquest.

Abandoned ekranoplan hulls can be found along the western shore of the land and on some islands.

The obsolescense of aircraft that resulted in the ekranoplan in turn rendered radioetheric detection useless as the flyers were too low to resolve against the surface. 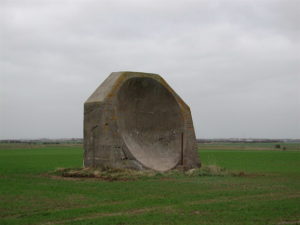 Sound mirrors were developed and many examples were installed on the shores of the eastern-most islands. 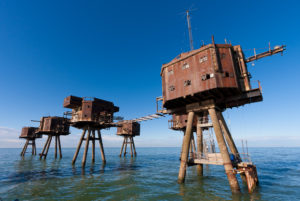 So the newborn has disrupted blogging for a bit. Anyway, here’s a playbook guide for Beyond the Waves, including:

The whole document is here although it’s quite long at around 36 pages.

I’ve split out the new playbooks in a zip file here (Word docx format). They are:

At some point I’ll combine this content with the other blog posts… when I get 5 minutes. Yeah, right 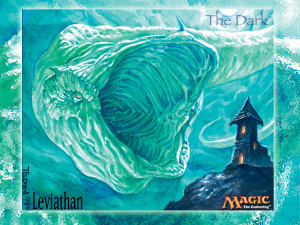 Canst thou draw out leviathan with an hook? or his tongue with a cord which thou lettest down?

God tells Job how powerless he is against the Leviathan. Is it allegory for Satan, whom only God can oppose? Or is Leviathan a force of nature or indifferent deity, for whom mankind is an irrelevance?

Let’s discuss big fish in Beyond the Waves.

These include the Aspidochelone or Kraken. Malign creatures that exist to drag humans below the waves, and personifications of cosmic evil. 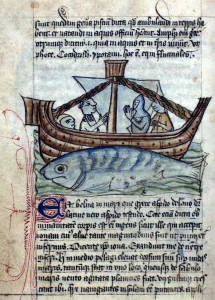 Gene Wolfe’s Book of the New Sun references Undines, gigantic women who are the concubines of Abaia, a gigantic, eldrich underwater monster. The undines are submarine giants. Perhaps they were once human, forced to exist in water once they became too massive to live on land. Crossing from land to water could be a magical trial, where the magician must survive in water through force of will, or perish. Over time they transform, gaining webbed hands and feet, etc.

The mystical nature of the giant fish might also come from some associated human hero such as Paikea. The creature represents a force of nature and the rider is the spiritual force that directs it, for good or evil.

These are ideas for the GM — whatever the origin the sea creature various island religions may have different interpretations of what the Leviathan means (see the tables below).

How does each island culture regard the Leviathan?

The Leviathan will turn up in various sea or land hexes. Treat these as Further Afield major locations. Settlements and cities will be on land, so the Leviathan should be sighted near the settlement (and no doubt will feature in that people’s religion). Ruins could be wrecks or underwater ruins. Monsters should be self-explanatory, and Otherworld or Source of Power could refer to mystical attributes of the creature itself. These can be Seen, Heard or Read About per the rules.

To answer the questions, roll a dice or choose the answer that fits. Work in progress.

What does the fish mean to these islanders?

Who talks about the Fish?

What symbols do people carry of the Fish?

These can be worn as amulets to ward off its wrath, or to encourage its favour.

What tells you that the Fish may be near? 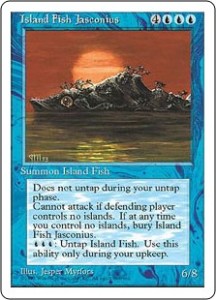 note: I forgot to post this earlier. It should come between the Introduction and the Playbooks essays when it’s compiled into one document

So, the “village” in Beyond the Waves could be located on a single island or it could be a cluster of islands nearby (maybe connected by rope ferries, bridges, or close enough to row across). If it’s a single island it could be large or small — note that the central island in Earthsea is still the size of Great Britain, so it could plausibly have all of the farming and even industry that the village in Beyond the Wall contains. However I prefer to keep the island small — perhaps unrealistically small (say, the scale of islands in Zelda: Windwaker) — and use the beaches and safe coastal waters as the “wall” in this version.

Recommend that the home island is about 3 hexes (medium).

So, let’s assume that the village is a single island — this will affect the “colour” of various moving parts:

Fairly obvious, really. But none of this should affect the core activity of the game, which is the young protagonists striking out on their own and exploring the places beyond the village.

During character roll-up, make a map as you would normally do and insert the features that come from the playbooks into that map, bearing in mind it’s an island. If it’s an island cluster stick some features on islets (good place for hermits and witches). Etcetera.

The Further Afield sandbox (or in this case, saltbox) is collaboratively (and if you like randomly) developed between all players at the table. One really important factor is the way the Village is at the centre of the map, and the location of other features is relative to the Village (distance and direction). Even when far away, home should always be present on the map.

Of course you don’t need to make the village (or island) central to the map; it could be at one end. This works if there is one big destination in mind (e.g. travelling from the Shire to Mount Doom, or Analand to Mampang). That makes your campaign a bit more of an epic journey than a free-roaming sandbox, but the principle is the same — the characters should always be thinking of home.

If you stick your archipelago next to a land mass it becomes bounded between the land and the ocean, so your archipelago could be long and thin as it follows the coastline of the mainland. At the same time archipelagos can contain thousands of islands and be located away from a land mass. In the early stages of the campaign you could only be looking at one small portion of the island chain, and concepts like Land and Ocean will be so distant that they may as well be myth.

OK, here’s how to grow the archipelago:

1. Where is your island?

Use the Further Afield rules for direction on the map, and distance (close/far). Also use the rules as you see fit for what kind of Major Location exists and whether the island is Heard, Seen or Learned and how accurate that information is (FA p.8).

Each player draws their island within the above guidelines.

I’d suggest modifying the roll by +3 if the location is a Major City, and +1 if the place is a Settlement (see Further Afield).

Each island has a safety rating, set from +3 (very safe and welcoming) to -6 (really dangerous). This rating should apply to reaction rolls, rolls on random tables where there’s a mix of good and bad outcomes (with the bad outcomes low), etc.

This rating applies at sea, too. For every hex away from the island, move the safety slider 1 towards neutral (0). Use this rating to apply to chances of wandering monsters/pirates, dangerous weather events, etc.

For islands (usually big islands) with a controlling the Safety should determine (or be determined by) how hostile that faction is to the PCs. (note: Faction rules to come later)

Here are a few tables to start off.

Roll 1d20 for each hex of island with seashore. Alternatively roll once for a small island, twice for medium and three times for large.

1: Rocks and cliffs, calm
2: Rocks and cliffs, dangerous currents or whirlpools
3: A cove with a rocky beach that floods at high tide; rip currents
4: A wide sandy beach with dunes
5: A lagoon separated by a barrier island or reef
6: A natural harbour, big enough for a boat
7: Rocky headland with a cove
8: A steep shingle beach with rough waters and seaweed
9: A spit, with or without a structure at its end
10: Small caves in a cliff-face (covered at high tide?)
11: Vanishing island (headland with vegetation — possibly seaweed — vanishes at high tide)
12: Beach with mud flats/quicksands
13: Shallows with rocks
14: Rocky beach with rock pools
15: Sandy beach with many small or large shells
16: Rocky headland with many narrow and tall rocks, rising like fingers from the sea
17: Cliffs with many ledges
18: A series of terraces
19: Headland and causeway, submerged with tide
20: Natural piers or sandbanks

Where to land your boat

Roll 1d8 and modify by +3 if it’s a City and +1 if it’s a Settlement. If it’s Ruins you have two options: either don’t modify the roll (so if there should be a pier and there isn’t, it’s in disrepair and can’t be used) or adjust is as you see fit but make every structure unreliable.

1-2: Nothing; you need to use natural features to moor your boat, drag it onto the beach, or anchor the boat and go ashore on a skiff
3-4: A small jetty for mooring fishing boats etc. Possibly with boat-building nearby. Could be owned by one family if there’s no settlement.
5-6: A natural or artificial pier
7-8: A harbour with a small quay, suitable for small-medium merchant vessels
9-10: A harbour with a large wharf, multiple piers, etc.

Here are some interesting things about the island (may be a bit of colour, may be adventure)

OK, that’s it for this one. Now we have to fill it with people or nonhumans or monsters… TTFN.